Almost a year ago, I reported about the Bluetooth earphones I got. I still don’t get why so few people are using similar devices. Let alone, why there are so few similar products on the market.

However, the model I picked (Jabra Clipper) was not all sunshine. After using it some while, it turned out that the wireless connection between my cell-phone and the earphones was rather frail. It worked most of the time, but when something got in between the two devices it easily got interupted, which lead to short breaks in the audio. Hence not suited for sports!

More annoyingly, the earphones always broke. I say always, cause it happened to me 3 times within half a year: The socket that connects the main part with the actual ear-plugs got messed up. It did not hold the plug properly any more, and I could only hear one channel. A simple matter of corrosion, I assume. Exactly the time of problem you’d expect with a high-tech device!

Anyways, I returned the device to the dealer, and got a new one no questions asked. Three times. The last specimen I had actually worked well for a couple of months — until I lost it. Due to all the trouble I had had, I decided to go for a different model this time…

This time I picked a product by Sony Ericsson, the MW600. It was a tough decission, since IMHO the device looks really horrible. It’s a bulky stick with an ugly logo on it, and a mostly irrelevant LC-Display. The whole Jarba Clipper was built as a flat clip itself, one that was solid and functional. The MW600 has a separate clip attached to it, which looks ugly, is fiddly, and does not seem overly robust. 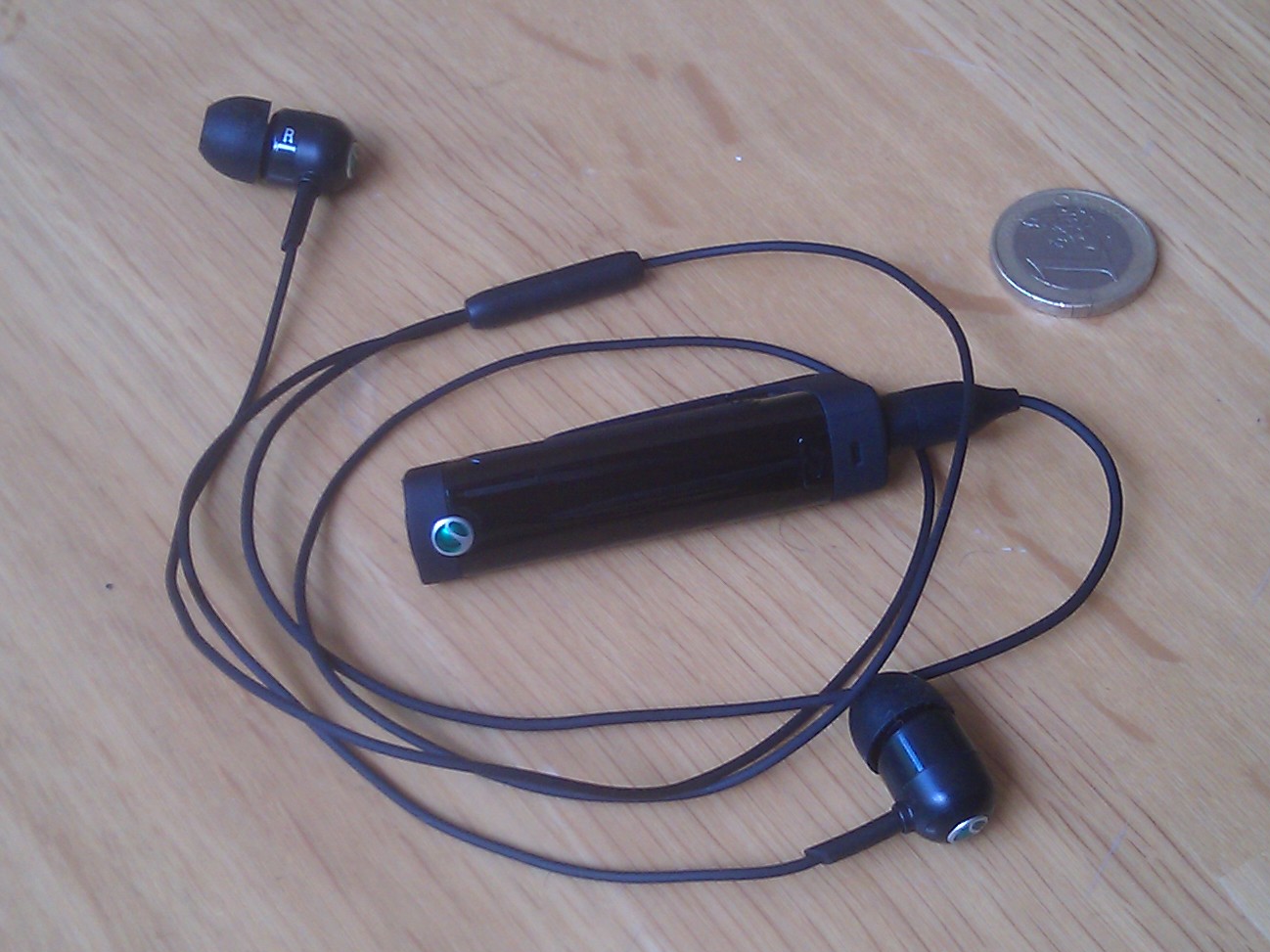 Even worse, the thing has 5 buttons on it, plus one touch-sensitive volume control bar. The buttons are distributed all over the  MW600, which makes it allmost impossible to hold it without accidentally stopping music or dialing a call. In contrast the Jabra Clipper only had 3 easily distinguishable buttons, and made use of gestures (double-click, long press, etc.) for advanced functions. I could easily control the device without looking — and with my skiing-gloves on. I doubt I’ll be able to do that with the MW600 next season.

Looks and usability left aside, I’ve had the MW600 for a couple of weeks now, and I’m quite happy with it so far! Why? Mainly because it lacks all of the wireless connectivity issues I’ve had with the Jabra Clipper. Previously I assumed, these issues were due to limitations of the Bluetooth standard. But it appears that the antennas built into the particular devices make a big difference. With the MW600, I can hold the phone behind my back, and still listen music uninterruptedly. It also seems much more reliable during sports!

Needless to say that, so far, I didn’t experience any trouble regarding the audio jack that connects the ear-plugs. So overall, I’d recomend the MV600 over the Jabra Clipper at the moment. However, I really hope will bring Jabra a new release that fixes the quality problems described above. In that case I might be tempted to switch back.